Currently, any energy produced by solar and stored in a connected storage system is not allowed to be exported to the grid for net metering credits, but that’s about to change.

Working with NEXTracker, SepiSolar’s Josh Weiner proposed an inverter firmware solution that, if approved, will allow customers to store solar for self-consumption or export the stored solar power to the grid for the current net metering credit.

Power Technology’s Molly Lempriere explains the reasoning behind the proposal and how solar+battery net metering will be a win-win-win for customers, utilities–and the duck curve. Read the full story here!

Have more questions about solar+energy storage or need a design quote? Contact us. 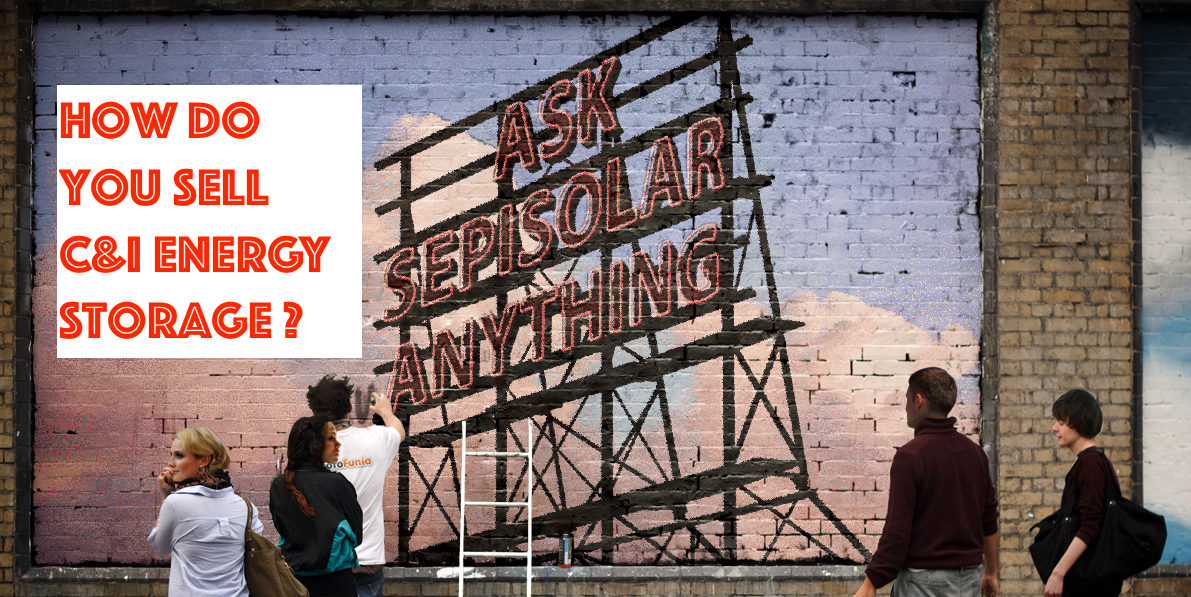 “How do you sell C&I solar+storage?” Some might answer, “the same way you sell solar,” but it’s not that simple. In fact, if you’ve tried to sell solar with residential or C&I (commercial & industrial) energy storage, you’ve probably found that nothing about storage is “Plug & Play.”

As Josh stated in this Ask SepiSolar Anything episode, “Energy storage is a dream project–or product– for engineers. It’s a dream product because it’s a financial problem, it’s a technical problem, and it’s also a sales problem on how to articulate these systems to the private sector. It can be extremely complex and difficult.”

It’s because of this complexity that we have our monthly Ask SepiSolar Anything webinars. While SepiSolar does do NABCEP training about solar+storage, we realize that contractors and developers have specific questions about the technical and financial modeling aspects of selling C&I (and residential) storage.

Below is a run-down of the audience questions with a time code. Click on the time code and you’ll jump to a new tab with the answers from SepiSolar’s CEO Josh Weiner and Systems Engineer John Henley. (We had some intermittent technical issues with the visuals, but you should be able to hear everything.)

Join us for the next Ask SepiSolar Anything

We asked what you’d like to see for the next Ask SepiSolar Anything topic, and the winner is… Energy Storage Permitting requirements. Josh and the team will be fielding your questions on the best practices for getting your residential and commercial energy storage projects approved.

This episode will take place on Wednesday, September 12, 2018 at 11am Pacific, 2pm Eastern.

Of course, if you have any questions before then, please always feel free to contact us! 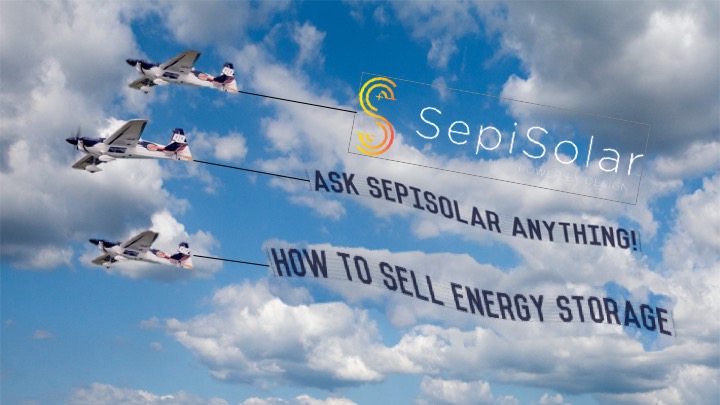 How do you sell C&I energy storage without overwhelming prospects with jargon and giving just the right amount of technical and financial modeling information? SepiSolar’s CEO Josh Weiner and Systems Engineer John Henley will be answering any C&I energy storage sales and financial modeling questions at our next Ask SepiSolar Anything, Tuesday, August 14, at 11 am Pacific/2pm Eastern!

From demand charge reduction to energy arbitrage or backup power for critical loads, commercial and industrial businesses turn to solar+storage for many different pain points. Some are financial, some have to do with grid reliability, some want self-sufficiency, and some have corporate sustainability goals. And then there are those facility managers who will pay almost any price to keep their machines and data centers running 24/7 during the next natural disaster.

SepiSolar’s Josh Weiner and John Henley have years of experience consulting with clients on how to sell and design C&I energy storage from a technical sales perspective, providing easy-to-digest language and data points that don’t overwhelm prospects with jargon or too much information.

After a brief sales tips and best practices presentation, Josh and John will answer any question about energy storage sales and financial modeling for your C&I solar+storage prospects. RSVP to this interactive “Car Talk for Solar” webinar! 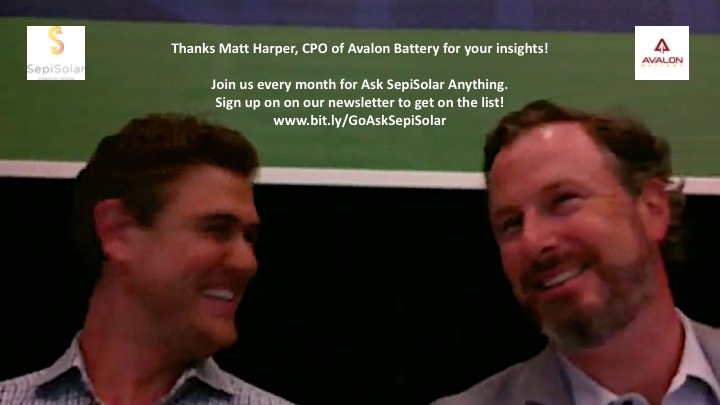 “Where are we on the energy storage adoption curve?” That’s one of the questions a participant asked at our latest monthly Ask SepiSolar Anything “Car Talk for Solar” webinar series. It’s the only place on the web where solar professionals can ask SepiSolar’s solar+storage engineer experts anything about a particular renewable energy topic.

For July, our topic was to Ask SepiSolar Anything… about battery storage technologies. That is, about the technical aspects of different battery chemistries on the market today.

Together, Josh and Matt tag-teamed on the answers, offering various perspectives and case study examples of their years of experience in developing and modeling energy storage for various applications.

From the live audience at Intersolar and on the web, we received the following questions. Jump to the topic that most interests you in the time stamp at the end of the question:

Have a question about selling solar+storage for commercial projects? Then tune in next month for Ask SepiSolar Anything about Selling C&I Energy Storage. Click the button below to sign up!

We’re delighted to share the news that SepiSolar’s CEO, Josh Weiner, has been named to Renewable Energy World’s inaugural “Solar 40 under 40” list.

What does it mean to be on the list?

According to Renewable Energy World’s editors, “Solar 40 Under 40 recognizes these individuals and their unparalleled accomplishments within the solar industry. Their mission is to bring solar far into the 21st century and build on the roots of the solar industry and those who have come before them. They are, and will continue to be, advocates for solar. Each one is unique, shows a great deal of passion and has achieved accomplishments within the industry.” 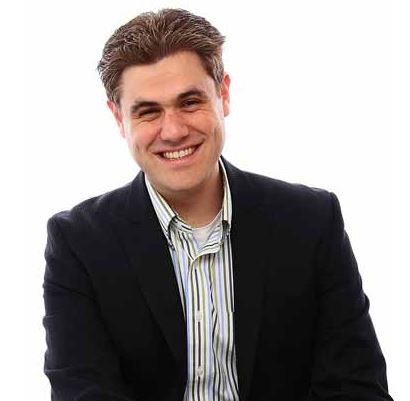 We recently posted a blog about Josh’s solar origin story. It began with Akeena Solar in 2004 and eventually led to founding SepiSolar in 2009.

While growing SepiSolar into a national solar + storage design, engineering and consulting firm with over 6.5 GW of residential, commercial, and utility designs, Josh co-founded Green Charge Networks, managed NRG Home’s engineering department, and has consulted with many solar asset owners and manufacturers on developing and commercializing cost-effective energy storage.

With SepiSolar’s membership in CALSSA, Josh has also been instrumental in developing solar+storage policies that are a win-win-win for utilities, contractors, and solar customers. Josh is also dedicated to educating the next generation of solar PV designers, and has taught advanced solar design courses at UC Berkeley.

If you’ll be attending Intersolar, you can meet Josh in person at Renewable Energy World’s honoree ceremony, Tuesday, July 10, at 3:30 pm on the ees Stage on Level 2; at the Intersolar Tweetup; as well as at our Intersolar edition of Ask SepiSolar Anything.