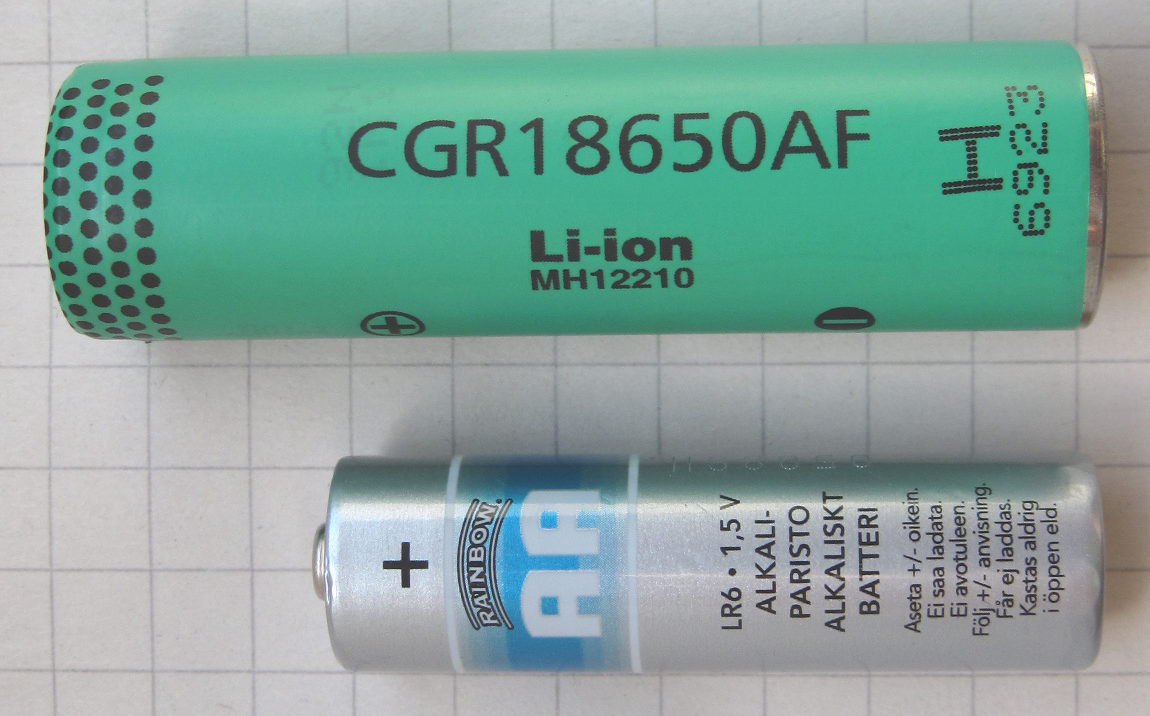 When I saw this article about LG lithium-ion energy storage fires in Korea, I couldn’t help but think of the fires that PG&E is being held responsible for in California. Those fires have ultimately lead PG&E into bankruptcy and will inevitably increase energy costs to ratepayers.

It’s amazing how something as seemingly simple as a campfire, power line, or a 18650 lithium cell—about the size of a lipstick container–can cause so much damage to California, one of the wealthiest states in the world and PG&E, the largest utility in the state, and, of course to the loss of lives and homes.

Some of these hazards defy logic or at least expectations. When SepiSolar was providing technical due diligence and engineering review services to NRG Home Solar from 2014 – 2016, we came across residential projects on the East coast that had unexpected dangers. For example, there was a solar PV system installed on top of the garage where snow had piled up on the PV system. Some rain had turned that snow into a giant slab of hardened ice. When the ice slipped off the solar array, it crushed the car parked in the driveway–not dented, dinged, or scratched. It completely totaled the car. The homeowner told us “that’s exactly where my children play in the summertime.”

Having just become a father at the end of December 2018, I think it’s fair to say that safety cannot, should not, and will not ever be taken for granted on my watch.

I don’t mean to suggest that we ought to over-design, over-engineer, over-regulate, over-install, or somehow bullet-proof every single component or assembly in a traditional solar or storage system.  That’s like saying “Since car accidents kill people, let’s require everyone to drive army-grade tanks down the street.” That line of thinking effectively kills an industry and becomes a zero-sum game. Instead, I would pose that taking risks is a part of life and is healthy for us, since taking risks and stepping outside our comfort zones is exactly how we grow, learn, and evolve.

We then need to weigh those risks against the benefits in order to make effective decisions. After those decisions are made, we need to be ready to revisit them again soon because the learning process never stops. Assumptions will need to be revised, data recalculated, risks revisited, benefits re-weighed, and decisions re-evaluated. This is how we evolve and approach an ever-safer future, together.

So, let’s build some awareness, shall we? Let’s have a data-driven discussion about the fire risks associated with energy storage systems, and let’s turn our blind risks into calculated ones. Having helped build Green Charge Networks into a nationwide energy storage integrator (acquired by Engie in 2015), engineered solar and battery systems for over 10+ years, and having worked with utilities, UL, code officials, etc. on safety standards, I think I might have a thing or two to say about this subject.

To minimize risks in energy storage, perhaps the most obvious approach is to work with a technology that inherently works with chemicals and materials that have no fire risk associated with them. This is particularly difficult with batteries because when almost any battery is short-circuited, they instantly become a fire hazard. But that’s the nature of batteries – they can produce insanely high amounts of current, since the resistance in the battery circuit is governed by however fast (or slow) the chemicals involved can react with each other, allowing the free flow of electrons to accumulate. Of course, these chemicals are designed to react with each other in order to release electric charge. So, fire hazard is almost inherent in any battery (with at least 1 exception).

I love this side-by-side technology comparison authored by Fire Captain Matthew Paiss, a 22-year veteran of the San Jose Fire Department. Captain Paiss is the Fire Department’s subject matter expert on energy storage and is the IAFF primary representative to NFPA 70 (National Electrical Code) and NFPA 855 (Energy Storage System Standards), which has been incorporated into UL standards such as UL 9540. It was surprising and gratifying to know that there’s at least 1 technology that rises above the rest when it comes to safety.

There are a ton of uber-smart tradesmen, engineers, officials, and subject matter experts who love to wordsmith and craft codes and technical language (God love them!) in order to impose a minimal, universal set of health and safety standards designed to protect personal property and life. Some of these codes go all the way back to 1897, as is the case with the National Electrical Code, when electricity was thought of as a liquid! (Check out Leyden jars.)

Bottom line, let’s be sure to read and understand the modern codes thoroughly, including NFPA, NEC, UL, among others. Every word, comma, and comment were crafted with the care one would expect of a nationally applicable set of requirements, even if you disagree with many of them. It’s important to follow voltage, current, and sizing requirements, naturally. NEC 706, for instance, was just added to the NEC in the 2017 edition. That’s the first time batteries have been overhauled in the NEC since Article 480 was written back in the early 20th century! Let’s expect this new code section to evolve with the times as more data becomes available and continue to think of these codes as a “minimal” set of safety standards that we can go above-and-beyond as necessary to ensure the safety of the systems we design and build.

While codes and standards are important, one of their drawbacks is that they are slow to change. Technology and data often evolve faster than codes and policies. Because of this, it’s important to look at the data, stay up-to-date on the latest-and-greatest information available, and dynamically build this data into your systems as it becomes available. Basically, I’m advising you to read. Read articles, publications, journals, media newsletters, and absorb as much as possible to keep up-to-date.

For instance, now that the above Korean article has surfaced about LG battery fires, it’s imperative to find out the root cause failures that led to these hazards. There is much to learn from failure, thereby converting failure into learning opportunities (which perhaps negates the use of the term “failure” in the first place – nothing is a failure, so long as you learn something from it!). We don’t have to wait for new technologies or new codes to come out. Instead, let’s use the data right away in any or all systems that we may be using with LG batteries, or any battery, for that matter.

The first time I thought about the risks associated with batteries was when I heard that Boeing grounded the Dreamliner. Our Co-Founder and CEO of Green Charge Networks at the time was a retired Boeing executive, so this naturally caught our attention. Wikipedia does a decent job summing up that experience, and you can get the full investigative report here.

The general takeaway is that regulatory bodies, manufacturers, and engineers were not “up to snuff” on the risks associated with battery technology. To a great degree, as the above Korean article shows, we are still learning these risks. At our time at Green Charge Networks, we understood that this meant that the safe deployment of battery systems would largely rest on us, since codes, standards, products, and regulations were still too much in their infancy to support us.

Nothing prepares you for danger, uncertainty, or risk more than education, experience, and training. The more hands-on experience you have with a particular product or technology, the more you will understand its limitations, weaknesses, and risks. Understanding not only what and when a battery undergoes thermal runaway, but also the “how” can really help put battery risks into perspective. What I learn from this is that it’s not just the battery one should be cautious of, but also the environment the battery is in. For example, does the battery have a fire suppression system? Is the battery located near any buildings or structures that have no fire suppression?.

One time I dropped a wrench on an old golf cart battery, and it just so happened that the wrench landed perfectly on both positive and negative terminals simultaneously. It was the first time I saw metal turn bright red, orange, and then white, and eventually melting all over the battery. This was just a regular ol’ lead acid battery, so it was surprising to me that such an old battery could have such a great impact on something as solid and stiff as a wrench. Needless to say, I am very cautious around terminals of batteries, since most batteries cannot be inherently turned “off” (again, with some exceptions).

In a nutshell, if you’re working with lithium batteries, make sure to identify the risks and retire them as much as possible. For instance:

There are many other aspects to keep in mind, and nearly all are avoidable if you’re aware of them in the first place.

I strongly believe that lithium-ion battery systems will continue to grow and thrive in our new renewable energy world, but as the Korean article shows, there are risks. As engineers, it’s our responsibility to be aware of these risks, evaluate them, and to find the solutions that will decrease those risk and perhaps even eliminate them with new safety innovations.